GIOHIS 2019 was held at the Park Hyatt Abu Dhabi in early February 2019 and brought together over 200 attendees of whom almost 80 were speakers – and these included 30 Chief Executives and equivalent.

As always, we did not shy away from debate; delegates enjoyed controversial discussions including a debate on whether bigger brands always make for richer owners between Olivier Harnisch, CEO of Emaar Hospitality, Luca Bandecchi, Vice Chair of SBK Holdings, Giuliano Gasparini, SVP of Aldar Properties and Yannis Anagnostakis, CEO of RAK Hospitality. This year delegates participated in a highly entertaining interactive session led by Tony Ryan, MD, Global Mergers and Acquisitions of JLL where he quizzed Khalid Anib, CEO of Abu Dhabi National Hotels PJSC and Dillip Rajakarier, CEO of Minor Hotels on various investment scenarios in the region and compared their choices with each other as well as the audience.

Our 17 round tables, intimate gatherings which dig that bit deeper into controversial topics, were also greatly enjoyed – this year we delved into the changing hospitality world and rise of serviced apartments, the sharing economy and the OTAs. And of course, last but not least a magnificent networking reception at the Louvre Abu Dhabi perfectly rounded off the two days. 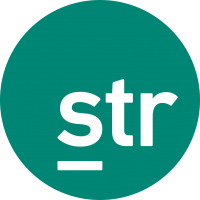