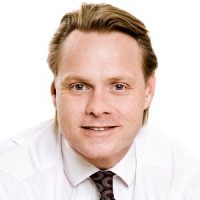 Dr. Richard von Kalmar is a Partner at Busara Resorts & Hotels, an investment platform that invests in the acquisition, development and improvement of leisure assets in the Indian Ocean Islands, Eastern and Southern Africa. He is also a Director at RLA and Head of their Hospitality Investments practice and a Partner at Senga Bay Capital, a hospitality focused project finance boutique.

Richard was a Partner at Bearing Consulting between 2007 and 2013, where he focused on project finance, strategy and corporate restructuring assignments. He has also served as the Managing Director of a subsidiary of Fitch Ratings. In 1998, he founded Ensemble, a technology business, which was sold to SunGard Data Systems, and in 2005 he founded a fashion retail and e-commerce business, which was sold to a large fashion group.

Richard was born in Germany and spent his childhood in a number of European and African countries, including Italy, Lebanon, Malawi, South Africa and the United Kingdom. He completed his education in the United Kingdom with an MBA in Finance and a Doctorate in Industrial Economics and Competitive Strategy from Cranfield University.