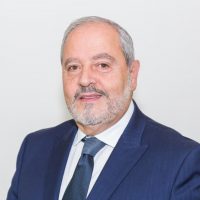 Hassan Ahdab is the President of Hotels Operations for Dur Hospitality, a leading Saudi hospitality company in the Kingdom of Saudi Arabia. At present, he oversees operations, aligns the company’s vision to the growth of its portfolio across the Kingdom and manages 9 operating hotels and 05 hotels currently under development.

Beginning his career in 1979, Hassan Ahdab possesses over 30 years of rich experience in hospitality and has been recognized as a stalwart and one of the most progressive and energetic leaders in the industry.

Additionally, Dur’s Hotel Operations arm has earned a range of accolades from awarding bodies such as World Travel Awards, Haute Grandeur and HORECA, for its properties operating under its subsidiary brand Makarem Hotels, and those operating under partnership with Marriott International and Intercontinental Hotel Group.

-
-
Breakout rooms
Can religious tourism fully recover from Covid and, if so, how will it have changed?
Speakers: