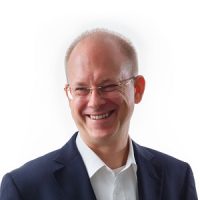 Mr. Elze has resided in Hong Kong since 1997. Prior to that, he was based in Marriott’s Development office in London covering Europe, Africa and the Middle East with Marriott’s Feasibility group.

Mr. Elze is the president of the Asia/Pacific chapter of the Hotel Asset Manager Association and a member of the Global Finance Committee of the American Hotels & Lodging Association and the Hospitality Financial and Technology Professionals, which is the gatekeeper of the Uniform System of Accounts for the lodging industry.